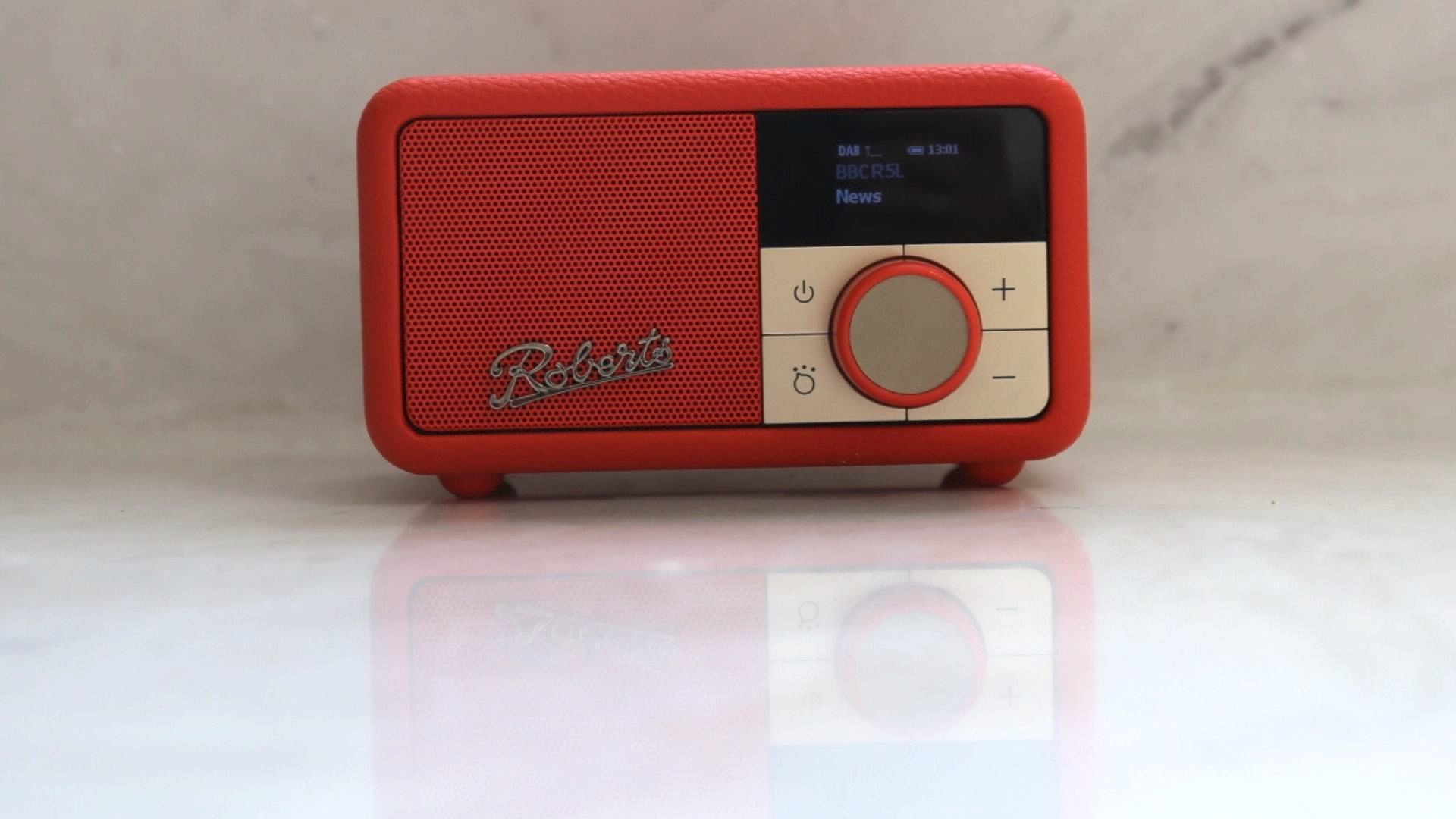 Do you need one of the best DAB radios? It's not difficult to listen to digital radio. From your smartphone you can fire-up any number of apps and choose from thousands of global digital radio stations, streaming them live in an instant. If you’re in front of a PC or Mac and you can easily do the same via a web browser.

Should I buy it?

However, it’s much quicker just to hit a big orange button on a small box the size of a can of beans.

That's the thinking behind this latest DAB radio from Roberts Radio, which has come up with a diminutive and rather cute-looking box that delivers everything a regular size digital radio can, but in a small package. It also acts as a Bluetooth speaker.

The Revival Petite doesn’t connect to the mains. Instead, it’s battery-powered, with its internal battery recharging over micro USB and going for about 12 hours on a single charge. It’s not pocket-sized as such, but cube-shaped, measuring 73 x 124 x 76mm and weighing a reassuring 430g.

We love the styling – its mottled vinyl covering and unusual colours lend retro goodness while its small OLED screen updates it to the present – and we’re almost as impressed with the audio. The Revival Petite may appear to be more about convenience and portability than sound quality, but it features an impressive bass response that’s good enough for music. It doesn’t quite go loud enough,  cleanly enough to be a candidate for using outdoors for, say, a BBQ, but it’s highly impressive at slightly lower volumes or when used indoors.

The most unusual-looking and smallest-yet DAB radio isn’t the best-sounding around and nor is it the most fully-featured, but it’s easily good enough for a kitchen worktop, bedside table or a desktop.

The Revival Petite has a highly unusual look. The initial unboxing was a shock, revealing the Revival Petite to really live up to its name. At a mere 73 x 124 x 76mm this is a tiny digital radio, though it’s much deeper than your average portable DAB radio. That bodes well for the sound we expect to come from its small mono speaker. Its 430g weight is reassuring, too; the Revival Petite is much heavier than it looks.

Although it’s a (highly) miniaturised DAB radio it sports the same styling as everything else in Roberts Radio’s Revival line-up; there’s a mottled vinyl covering and a highly tactile button protruding 12mm from the front of the product’s right-hand side. It acts as the main control. It’s ranged between four other buttons, but below a 50 x 23mm OLED screen.

The Revival Petite couldn’t be easier to set-up, but there are a few options depending on the scenario you want to use it in. Switch it on using that big orange button and it instantly goes into autotune, which during our tests took less than a minute.

In our initial test zone it failed to keep a steady signal, with lots of drop-outs. So we moved it around the room and found that it mostly achieved an excellent reception. Roberts also provides a 65cm long aerial cable that fits in the 3.5mm jack in the back of the Revival Petite (though you can also use that input to attach almost any audio device).

Although you can use the Revival Petite as a portable, standalone device just by topping up its internal battery every 12 hours using any micro USB cable, Roberts does include a 100cm micro USB-to-USB cable in the box. It’s specifically designed to let you attach the Revival Petite to a main plug sporting a USB slot.

The only thing we had a slight concern about is the size of the text on the tiny OLED screen. Scrolling through a list of DAB radio stations was relatively easy – as is assigning regularly-used stations to one of the 20 presets (10 for DAB and 10 for FM), though if you have poor eyesight this could be a struggle.

Attaching a smartphone to the Revival Petite is easy; you just toggle the input button until it reaches Bluetooth, and it’s a cinch to find it on a smartphone. It remembers up to eight devices.

Nobody is expecting the tiny Revival Petite to offer anything special when it comes to music, right? However, despite being so small it has a surprisingly good bass response, with both voice-based DAB radio and music – including that streamed from Bluetooth – demonstrating impressive depth given its size.

It’s certainly good enough for any kind of voice radio and podcast, but adept enough for music, too. It’s not going to get loud enough for an outdoor garden party or BBQ, but used indoors it’s an impressive performer.

We were also fairly impressed by the quality of music streamed to the Revival Petite from a smartphone, though there are a few caveats. To get even a basic performance it’s necessary to turn up the volume on a smartphone to max, and to whack it up to a relatively high level on the Revival Petite, too.

That’s not unusual for DAB radios with Bluetooth modes, but while we did hear a little fling and buzzy distortion at the very highest volume, the Revival Petite managed to produce a reasonably good soundstage from streamed music. The one issue is that you must remember to turn down the volume before swapping to the built-in DAB or FM tuner to avoid being blasted.

Should I buy the Roberts Revival Petite DAB radio?

You want one-touch DAB radio
Sure, you can find any DAB radio station online via your phone, tablet, laptop or desktop PC or Mac, but fiddling about with apps and browsers can get annoying if you always listen to the same DAB radio station. The Revival Petite gives you one-touch access – and doubles as a Bluetooth speaker – though it lacks alarms, so isn’t perfect for the bedside table.

You want more from a Bluetooth speaker
Bluetooth speakers aren’t exactly hard to use, but if you mainly want it for DAB radio then the Revival Petite offers the best of both worlds. Its 12-hour battery life is more than most portable speakers, too.

You’re expecting room-filling sound
With a mono speaker, the Revival Petite is best thought of as a vehicle for voice radio and podcasts, though it’s fine for casual listening to music radio stations. If you’re after a great Bluetooth speaker for outdoor BBQs and parties then there are better options, but its bass response is surprisingly good.

You’ve completely swapped to USB-C
Sadly the Revival Petite recharges its battery via micro USB, which is a little old-fashioned. It’s also rather inconvenient if all of your other gear now uses USB-C.